From emerging published reports, Two Chicago firefighters died after a wall collapsed during a 3-11 alarm fire at an abandoned South Side commercial building this morning, authorities said. Fourteen other firefighters were injured, including two who were trapped with the ones who died.

Police squad cars escorted two ambulances north on Lake Shore Drive to Northwestern as ramps were closed to clear it of traffic, according to fire communications. One of the firefighters taken there has died, sources said. The condition of the other one was not known.

A third trapped firefighter was taken to Christ Medical Center in Oak Lawn, where he died.  Late this morning, dozens of firefighters stood at attention, removing their caps and saluting, as the body of their fallen colleague was taken from the hospital and put in an ambulance.  A police escort led the ambulance to the medical examiner’s office

The fourth firefighter buried in the rubble, and as many as 12 other firefighters with undisclosed injuries, were also taken to hospitals. Fire officials and sources said 10 were stable and six were taken to hospitals in serious to critical condition, including the two who later diedThe firefighters’ deaths came on the 100th anniversary of a huge fire at the Union Stockyards that claimed the life of 21 Chicago firefighters, the single greatest loss in U.S. history of professional big-city firefighters until Sept. 11, 2001.

A dozen or fewer firefighters were in the building when the roof above them collapsed, said Fire Department spokesman Larry Langford. Firefighters searched through rubble for more than an hour as four trapped firefighters were pulled out and rushed to hospitals.

“They worked hard, got them out fast,” said Fire Commissioner Robert Hoff at the scene.

He said the search was continued, with dozens of firefighters digging through rubble, because of the possibility that homeless people may have been in the building seeking shelter from the cold. Neighbors reported that squatters have been staying in the building, but no others were found in the rubble.

The fire broke out about 6:54 a.m. in the abandoned one-story brick building in the 1700 block of East 75th Street.

The fire was raised to two and then three alarms to save the trapped firefighters. A “mayday” was called. Firefighters also reported having problems with frozen hydrants.

Aerial View of the Buildings along 1700 East 75th Street 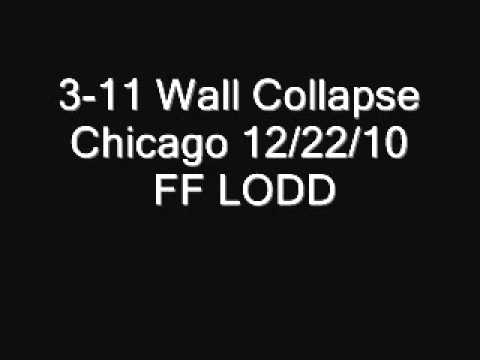 Informational Update- The two Chicago Firefighters have been identified;

HERE IS THE RECORDED RADIO TRAFFIC INCLUDING THE BC TRANSMITTING THE MAYDAY:

OFFICIAL UPDATES WILL BE POSTED HERE:

Some additional Insight Materials for discussion; 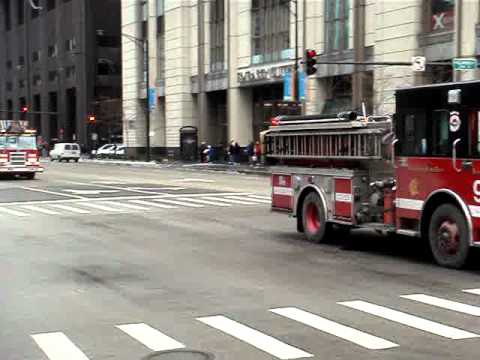 Does This Helmet Make Me Look More Aggressive?

The Design of the High-Rise Handline