Running Against the Wind 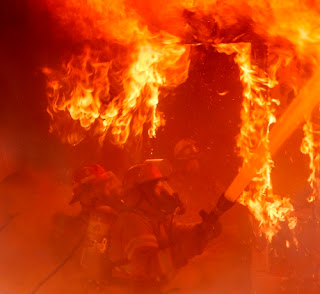 There’s something familiar and haunting about Bob Seger’s song, “Against the Wind”. I was working late the other night on a series of training programs specific to command decision-making and risk management and safety. With the radio on in the back ground, I found myself stopping for a moment while Seger’s song played on.

Ok, I know what some of you are thinking. Here we go again; Firefighter Safety! Safety Culture! change what we’re doing… But you know, it certainly seems like the years have rolled slowly past and yes with so, so many roads, paths and directions that time has taken us from and to.I think back and we all were living to run [calls] and running to live.

I remember when we were running calls and working jobs at a far greater pace and frequency than anything of recent. And with those call, the risks we would take and the places we would find ourselves,many without goor reason, other than for the love of fighting fire and doing what we did best.

But it does seem like we were running against the wind in so many ways.Here we find the fire service looking at our culture, attitudes and statistics in the escalating firefighter LODD and firefighter injury rates. There’s an awful lot of time, energy and resources being committed and directed towards fire service safety. Is anyone really listening? Does anyone really care? Is the fact that it happens-Somewhere else; not here, not to me, not my department! Are You and your company paying attention? are you doing something to correct the trend?